A silent encounter.
It is the start of an emotion and a romantic aspiration.
Suddenly, it seizes our heart. It is called “love at first sight”.

What can make a designer fall in love with at the first sight then?
Welcome to the Font Story.Today, we are introducing DynaFont's JinWen font.Gentle, charming, elegant, and unearthly, it gives off an enchanting aroma from its very essence.Classic, simple, and refined, it explores the world of the unknown from the surface to the deep.
Are you ready to feel what it's like? Let's unveil this font!

Touch of the beauty of classic scripts 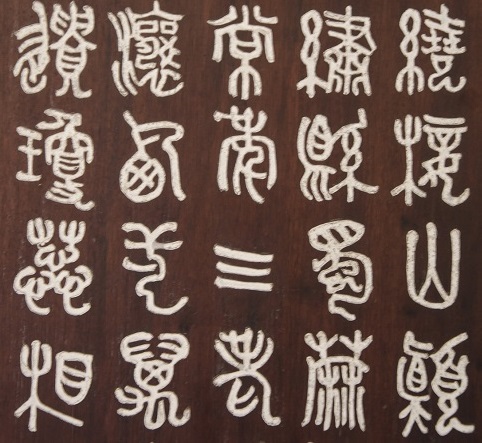 ▲中國先秦古文字
The story began in the 1900s after a DynaFont designer saw a book about the script evolution in Ancient China in the first business trip. The slender and elegant bronze script in an article about the “Squared Pot of Zhonghsan Kingdom” in this book starting with the oracle script caught the designer’s immediate attention. Later on, the designer asked a friend to buy the book for him. It was the onset of his development of the JinWen font.

“JinWen” is an original font inspired by the bronze script in Ancient China. During the Warring Period in China, kingdoms began to create characters with local features. The slender, vivid, and changeful style of the bronze script of Zhongshan Kingdom is quite different from the squared style in the Shang and Zhou dynasties. JinWen was thus inspired the bronze script found in the “Squared Pot of Zhonghsan Kingdom”. 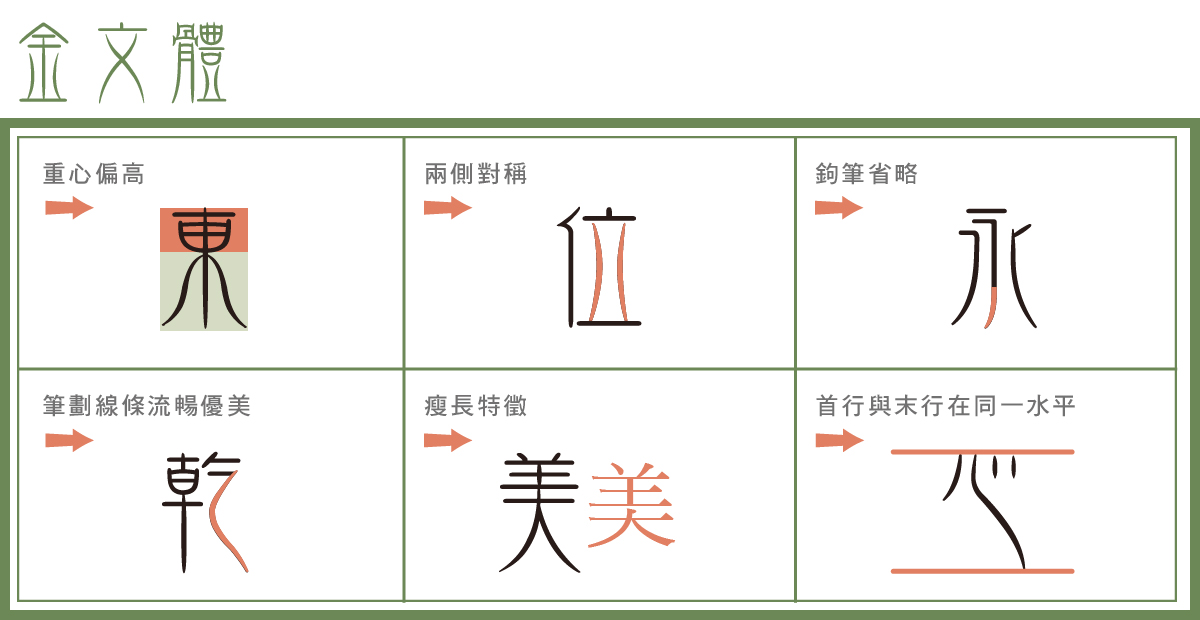 Tall and slender, JinWen has a strong decoration feature suitable for use on products, packages, and business cards for women. It is also suitable for use in publications with an Eastern style.

Q:   Instead of following the rules of ancient bronze script, why did you create a new style of your own?
D:   Because JinWen is not designed for the academic purposes. If I followed the rules of ancient bronze script, no modern people could recognize it, and it would be useless.
Q:   What was the biggest challenge in the design process?
D:   The biggest challenges fall into two aspects: first, there was no reference for an original design; and second, the control between “legibility” and “originality”.
Q:   If you wish to hire an ancient beauty as the endorser for the font, who would you choose?
D:   Anyone with 1:9 proportions, elegant and delicate will do.
Q:   What style of fonts you would like to challenge in the future?
D:   If there are chances, I would try brand-new fonts suitable for use on small screens (smiling).